What Do You Hope For?

What Do You Hope For?

3 Strategies for Greater Hope During These Uncertain Times

What do you hope for? Even during times of uncertainty, adversity, and life’s transitions, hope can endure.

The idea that hope can survive even during tough times, may feel counter-intuitive. According to researcher Barbara Fredrickson, PhD, (2020), we can recognize all our feelings and “when that fear is paired with looking toward the positive, then it becomes hope,” leaving us with new possibilities. We can own the whole of all our feelings – positive emotions and difficult emotions – while looking for cracks and corners where we can notice glimmers of light.

Psychiatrist Viktor Frankl (1959), who survived the Auschwitz Nazi death camp during World War II, wrote about survival in even the worst situations. From the work of Dr. Frankl, we learn that we always have a choice – that emotional health is influenced by the attitudes we choose, the decisions we make, and the desire to look forward rather than backward. Research has consistently related hope to emotional and physical well-being, positive relationships, and effectiveness in academics and athletics (Rand & Cheavens, 2009; Snyder, 2002).

1. Practical/Realistic Hope – Understanding the situation and hoping for a realistic, probable, positive change.

2. Utopian Hope – Focusing outward with the hope that collective action can lead to a positive outcome for all (Eaves et al, 2017; Webb, 2007).

3. Wishful Hope – This kind of hope is not necessarily “realistic”, but can help with coping and continuing to seek strategies for improvement.

4. Transcendent/Existential Hope – Rather than focusing on a specific outcome, transcendent hope is open-ended, envisioning good things that can happen in a more general or global sense.

Guiding ourselves toward hope is a choice we can make even during uncertain times. According to hope theory, hope involves a belief that we have the capacity, pathways, and resolve to reach toward our goals (Snyder, Rand, Sigmond, 2002; Snyder, 2000). Hope theory shifts hope from wishful thinking to doing with intentional goal-oriented motivation and action (Feldman & Dreher, 2011). Hope theory posits three components: (1) Having a goal; (2) Agency, the motivation and determination that the goal can be achieved; and (3) Pathways, a plan for reaching the goal.

You can get a snapshot about how hopeful you are by taking the hope test (Snyder & colleagues, 1991). This hope scale takes just a few minutes to complete and can give you a glimpse into your goal-directed thinking at this point in time. Find the hope scale here. 🌼 3 Strategies to Guide Yourself Toward Greater Hope

1 – To restore our capacity for hope, we can begin by savoring. Paying attention to even the briefest moments of goodness offers opportunities for hope and renewal. Savoring is an easy skill we can practice by simply noticing what’s happening right now in this moment, and then pausing briefly to enjoy it. Noticing is possible for all of us.

Here are a few examples of moments we might savor:

2 – Gratitude acknowledges and connects us to life’s goodness. The practice of gratitude involves paying attention to what we are thankful for and has emotional, physical, and interpersonal benefits (Emmons, 2007).

According to research conducted by psychologist Robert Emmons, PhD (2007), writing daily in a gratitude journal is one of the most effective strategies to increase thankfulness and gain its benefits. Although there’s no specific right way to do this, paying attention to what you are grateful for each day is quite effective. Why write? Evidence shows that putting thoughts into the language of words is more effective than just thoughts.

3 – Wherever your hope score is now, hope is like a muscle and can be strengthened:

Send your comments and suggestions to Ilene!
Click here to send Ilene an email with your thoughts about this blog post.

Ilene is a Featured Author on PsychologyToday!
Read her blog series Flourish and Thrive: Navigating transitions with mindfulness and resilience. 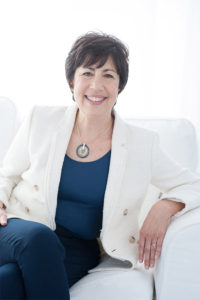 What do you hope for?

Tap into your strengths, purpose, and potential to flourish in life and work.

If you’d like to discuss how Ilene Berns-Zare Coaching can help you achieve your goals, Contact Ilene.